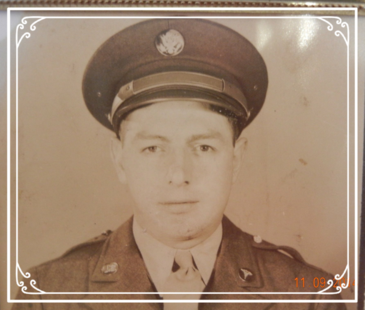 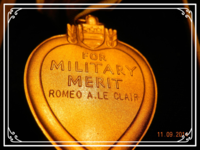 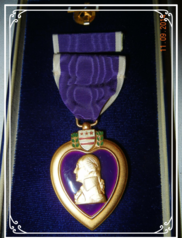 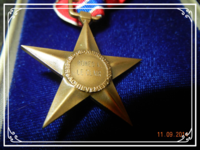 *The formidable German main line of defense on the west bank of Rapido River. The battle of the Rapido River was one of the largest defeats suffered by the U.S. Army during World War II.

**S-mine - also known as the "Bouncing Betty”. When triggered, these mines launch into the air and then detonate at about 3 ft. The explosion projects a lethal spray of shrapnel in all directions.

Read more about the Battle of Rapido River: http://tinyurl.com/jeq8qxq

Synopsis: The President of the United States takes pride in presenting the Distinguished Service Cross (Posthumously) to Romeo A. Leclair (31200648), Private First Class, U.S. Army, for extraordinary heroism in connection with military operations against an armed enemy while serving as a Medical Aidman with the 143d Infantry Regiment, 36th Infantry Division, in action against enemy forces on 21 January 1944, near the Rapido River in Italy. Private First Class LeClair's intrepid actions, personal bravery and zealous devotion to duty at the cost of his life, exemplify the highest traditions of the military forces of the United States and reflect great credit upon himself, the 36th Infantry Division, and the United States Army. 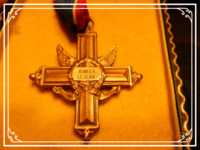 ​A hugely satisfying part of restoring a WWII-era vessel is piecing together her history. Many Miki-class Tugboats were honored with the names of war heroes and we had heard that (LT-366) Dominion’s first written name was PVT Romeo A. LeClair, although we could find no proof from her documented history.

A few years back, we were given a collection of vintage photos taken of LT-366 by George Shaw, an engineer who had served aboard during the Korean War, and one of the photos clearly showed that the name of the ship at the time was PVT Romeo A. LeClair!

​Private First Class LeClair was serving as a Medical Aidman when his unit, occupying positions on the east bank of a strategic river, was supporting an attack against savagely defended positions on the hostile bank*. His platoon was continually subjected to intense artillery, mortar and machine gun fire and, at daybreak, was ordered to dig in to afford maximum protection. Because of the heavy enemy fire, his platoon sustained numerous casualties and PFC LeClair, contemptuous of personal safety, worked indefatigably among the wounded, administering prompt and effective first aid. While shell explosions shook the ground around him, he ran from position to position attending his injured comrades. In a moment of respite, he had started digging a foxhole when his entrenching tool struck an enemy S-mine**. Instantly aware that the explosive would endanger the lives of many of his fellow soldiers, he threw himself on the mine, sacrificing his life to protect the lives of his comrades. His unselfishness, his devotion to duty and his extraordinary heroism inspired the men to continue the attack with grimmer determination and carry on through to their ultimate objective.